Yes, I really do read my emails across my seven addresses although in this case 10 days late per the date of this email.  Regardless I am finally getting round to doing more than skimming my email. Upon actually applying myself, lo and behold, I see that I can and should vote for the ODTUG BoD. 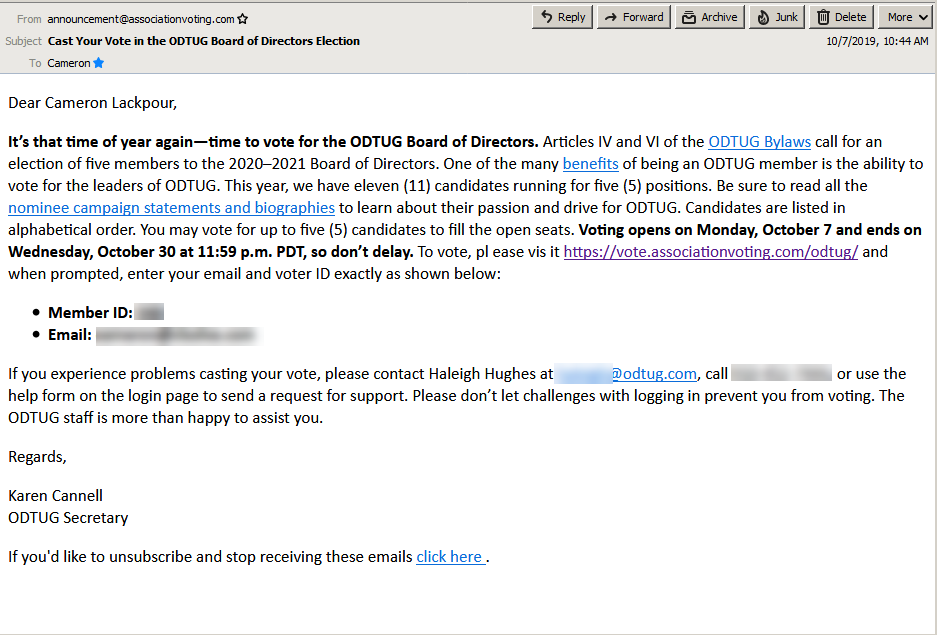 Did I? Did I? I did not, M’lud, but I plead working 15 hour days, eating in gas stations ‘cos that’s the only thing open near the hotel (no, no sushi or pizza but instead these guys who are alas not as good as these guys but still aren’t half bad) in the Wee Small Hours of the Morning, and, mostly, the laziness I am well known for.

Laziness mixed with a soupçon of procrastination led to this: 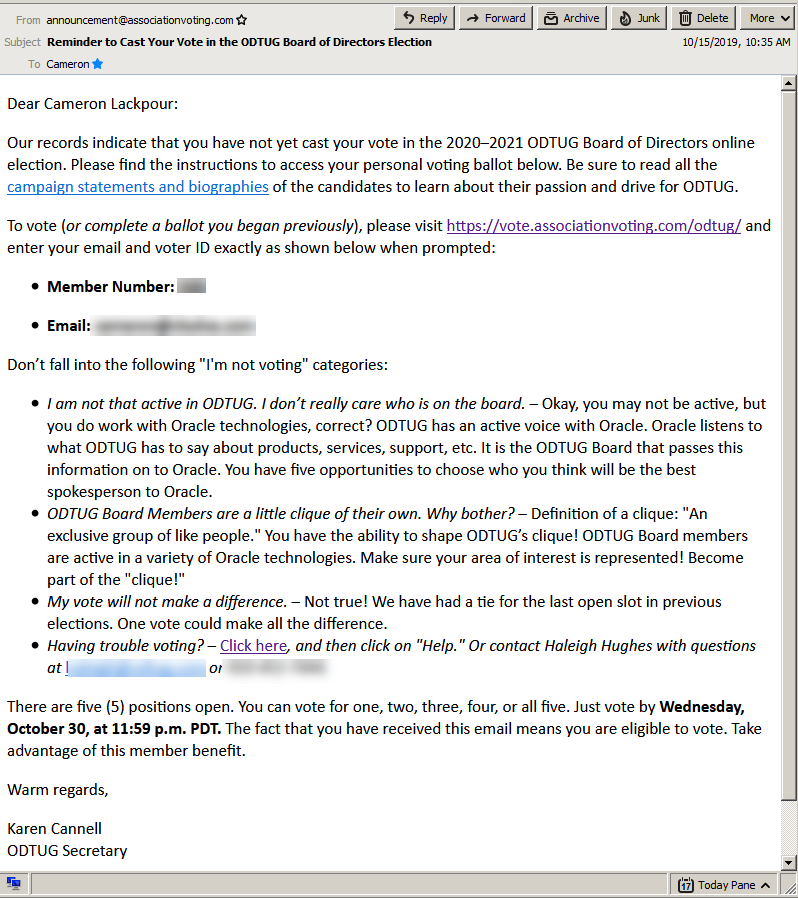 Ah bugger, didn’t vote then either as it came two days ago and I have yet to act.

I am voting because:

Some people you know, some you don’t, all are worthy of your consideration.

Vote for the man or the woman who you think will best represent your interests and needs.

You have up to five votes. Some people vote for their favorites, others calculate voting-for-this-one-but-not-that-one-means-that-he’ll-make-it-because-she-won’t as is their wont. Yr. Obt. Svt. is too simpleminded for political machinations. Vote as you wish. I will.

An ODTUG member whose dues are paid and up to date as of 30 September 2019, namely me.

Put in my member number and email address. 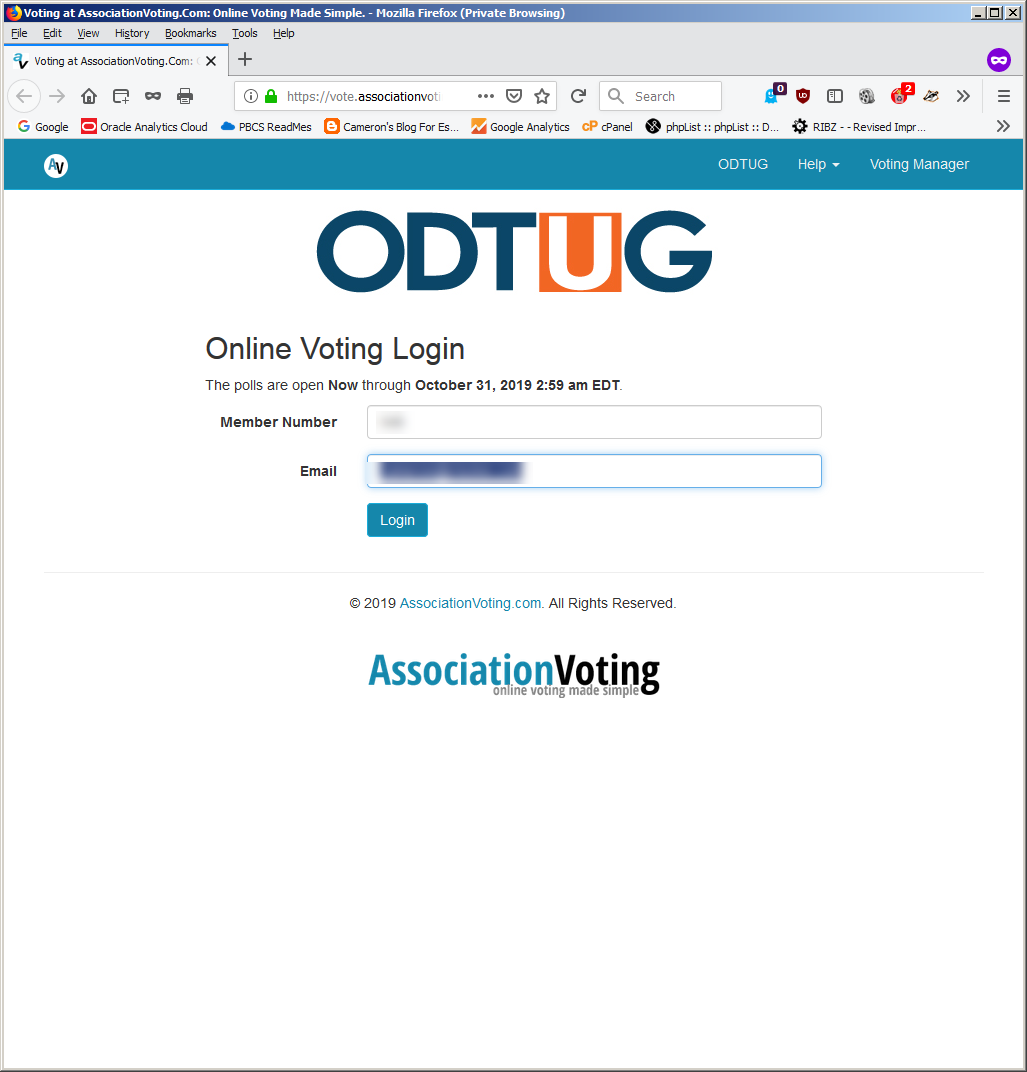 Let’s proceed with the proceedings. Yes, my dues are all paid up. 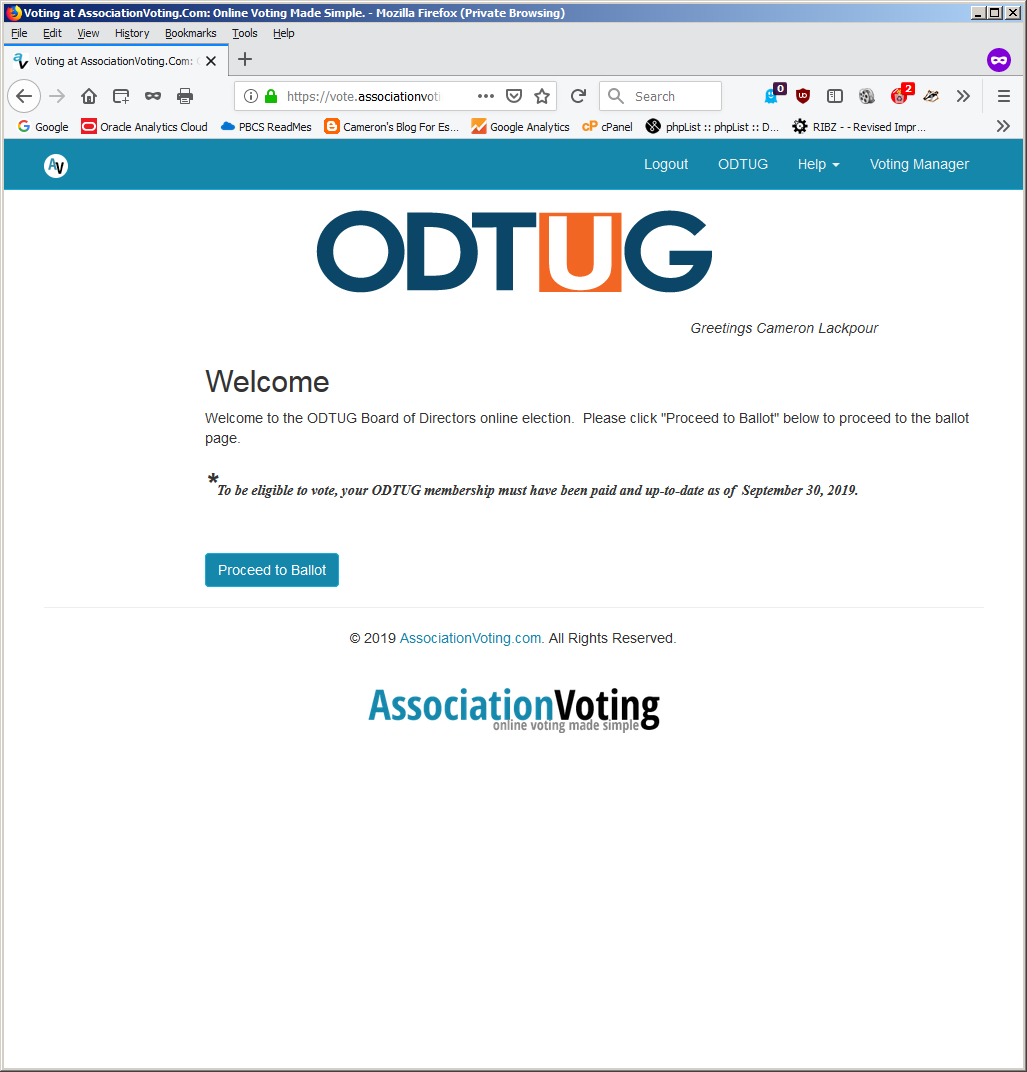 Vote away, but with a confirmation first. 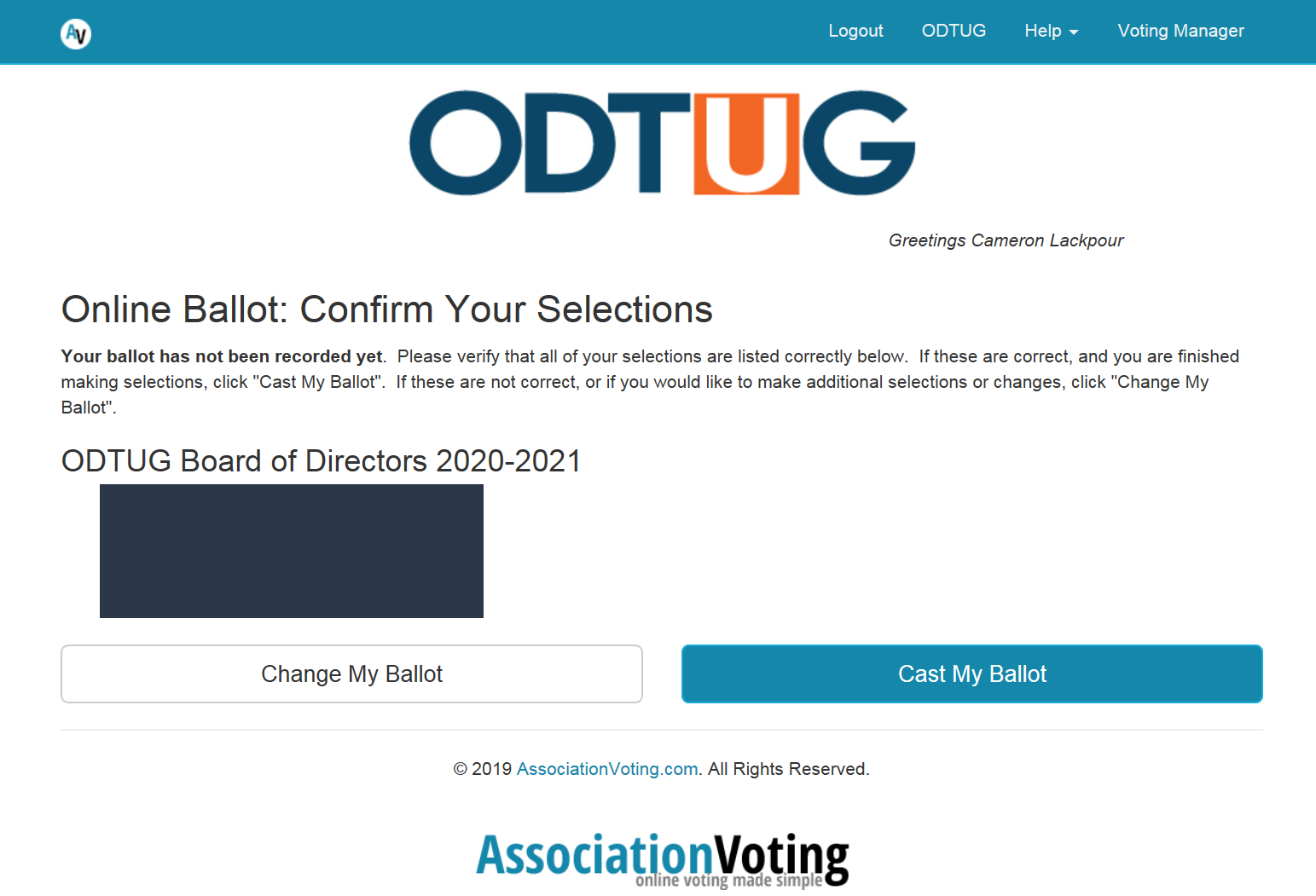 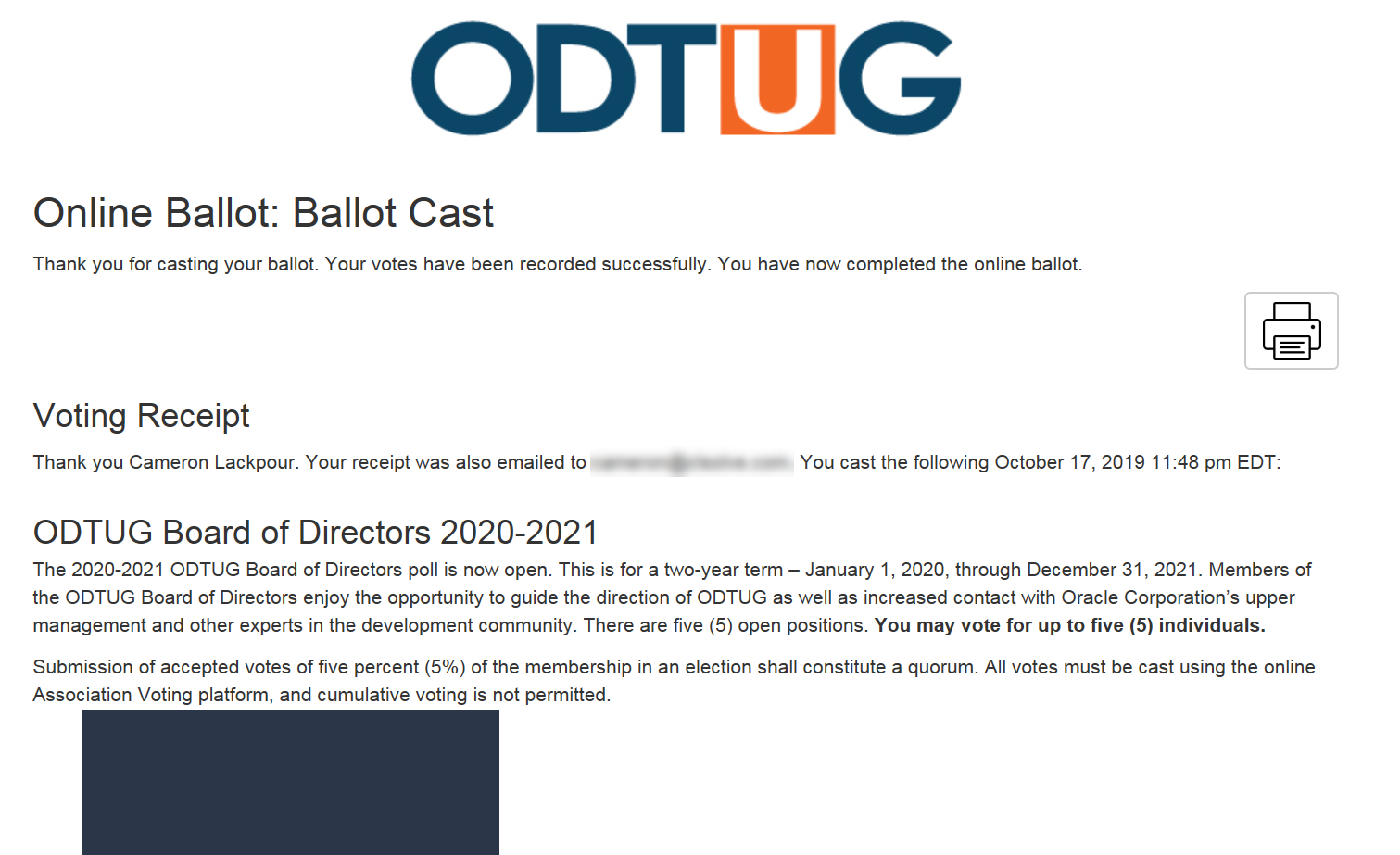